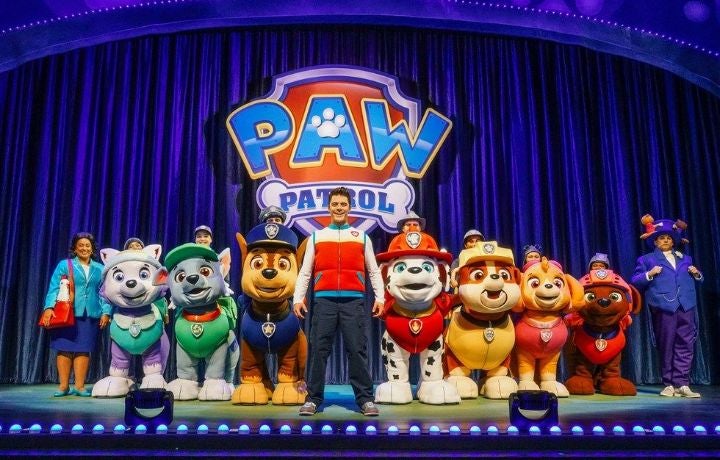 Race to the Rescue

PAW Patrol Live! “Race to the Rescue” is returning to the UK for a PAW-SOME Summer tour from July 2022.

Everyone’s favourite pups are back in the UK at last for this fun, interactive musical adventure.

The show includes two acts and an intermission, and incorporates an innovative costume approach that brings the pups to life on stage with their vehicles and packs during the all-important rescue mission. The performance features up-tempo music and a cleverly written script, a good introduction to live theatre for young children. Classic theatrical scenery along with a high-tech video wall visually transports families to popular locations from the TV series, like Adventure Bay, The Lookout, Seal Island, Farmer Yumi’s Farm and Jake’s Mountain. During the show, the audience has the opportunity to participate in the adventure and become a part of the PAW Patrol Cheer Team.

Under 14’s must be accompanied by an adult. Under 1’s do not require a ticket.

VIP Meet & Greet tickets include a Platinum Seating ticket to the show and a post-show meet & greet with The Pups.